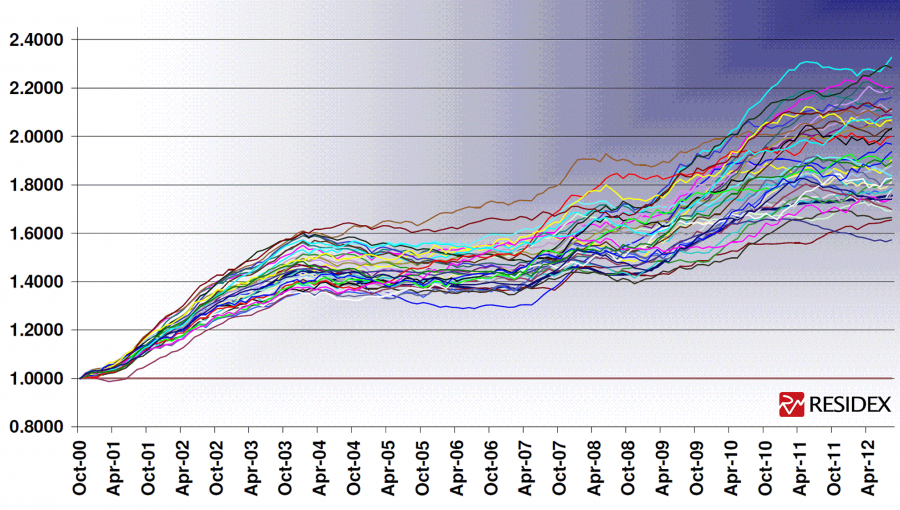 When it comes to buying property in Australia, just how expensive is it compared to the rest of the world?

The results of a worldwide property report have compared capital growth in several of the world’s key property markets.  The data gathered in this survey has surprised many, with Australia recording a strong and resilient performance.  Out of 90 cities worldwide, Sydney was 19 on the list of the world's most expensive cities to buy property per square metre according to the Global Property Guide. The most expensive is Monaco at US$48,145 per square metre ($50,126 AU), while Australia is US$6960 ($7246 AU).

The Economist’s global house price survey also compared the performance of 20 property markets within the previous 12 month period, as well as since the Global Financial Crisis began to take hold around 2007. Over the 12 month period, Australia was showing a mild dip in property prices of -2.2% according to the data. However, Australian spirit has shone through and the country appears to have bounced back well in the wake of the GFC, scoring capital growth of 18.1%.

Very recently The Age reported that Auction clearance rates in Sydney and Melbourne are rising and record low interest rates will encourage more first home buyers into the market as the year progresses. An increase in first home buyers creates upward pressure on prices in the lower and middle parts of the market.  Property researcher, RP Data, says Sydney property prices are up 3.7 per cent over the past year and Melbourne prices are 1.6 per cent higher. Property values across other capital cities contracted 0.5 per cent over the month of April, but RP Data says that is more due to seasonal factors, with the first three months of the year typically the strongest for price growth.

So what does this hold for the future?  There are the bullish and the bearish but with the right foresight and planning, property still has potential capital growth to encourage new and seasoned investors alike.

For all your property needs, contact Alert Property Group today.