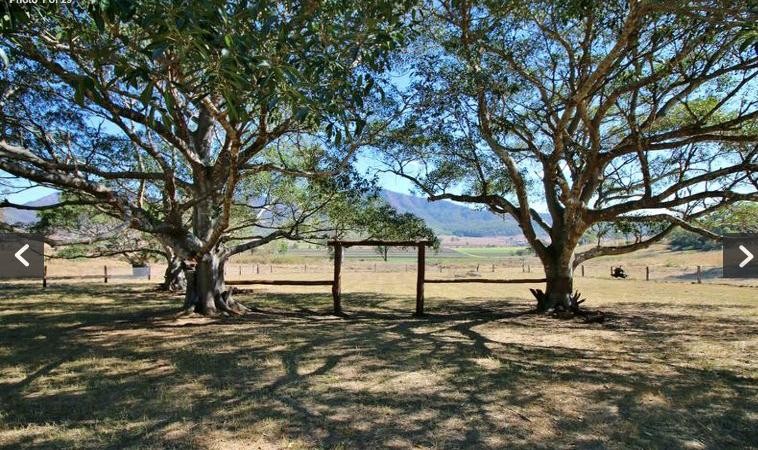 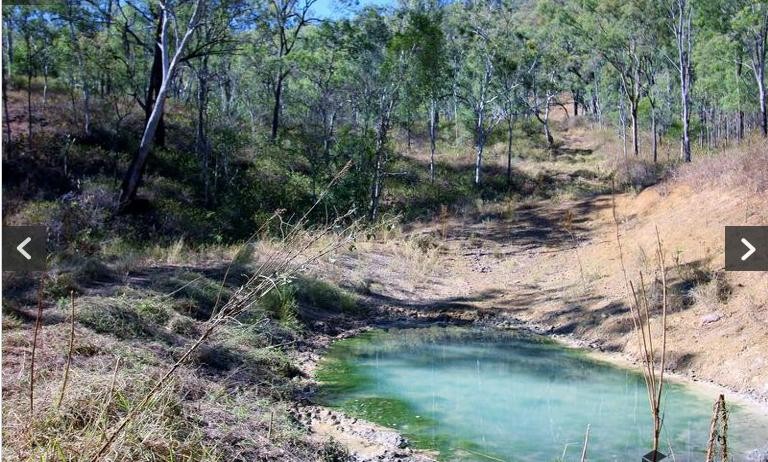 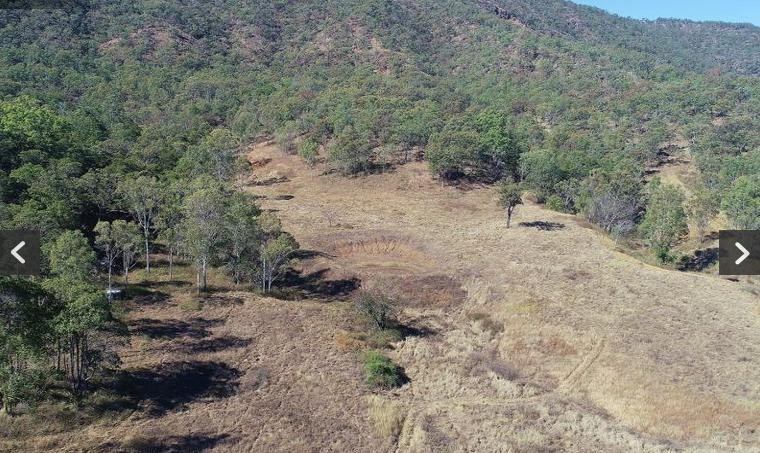 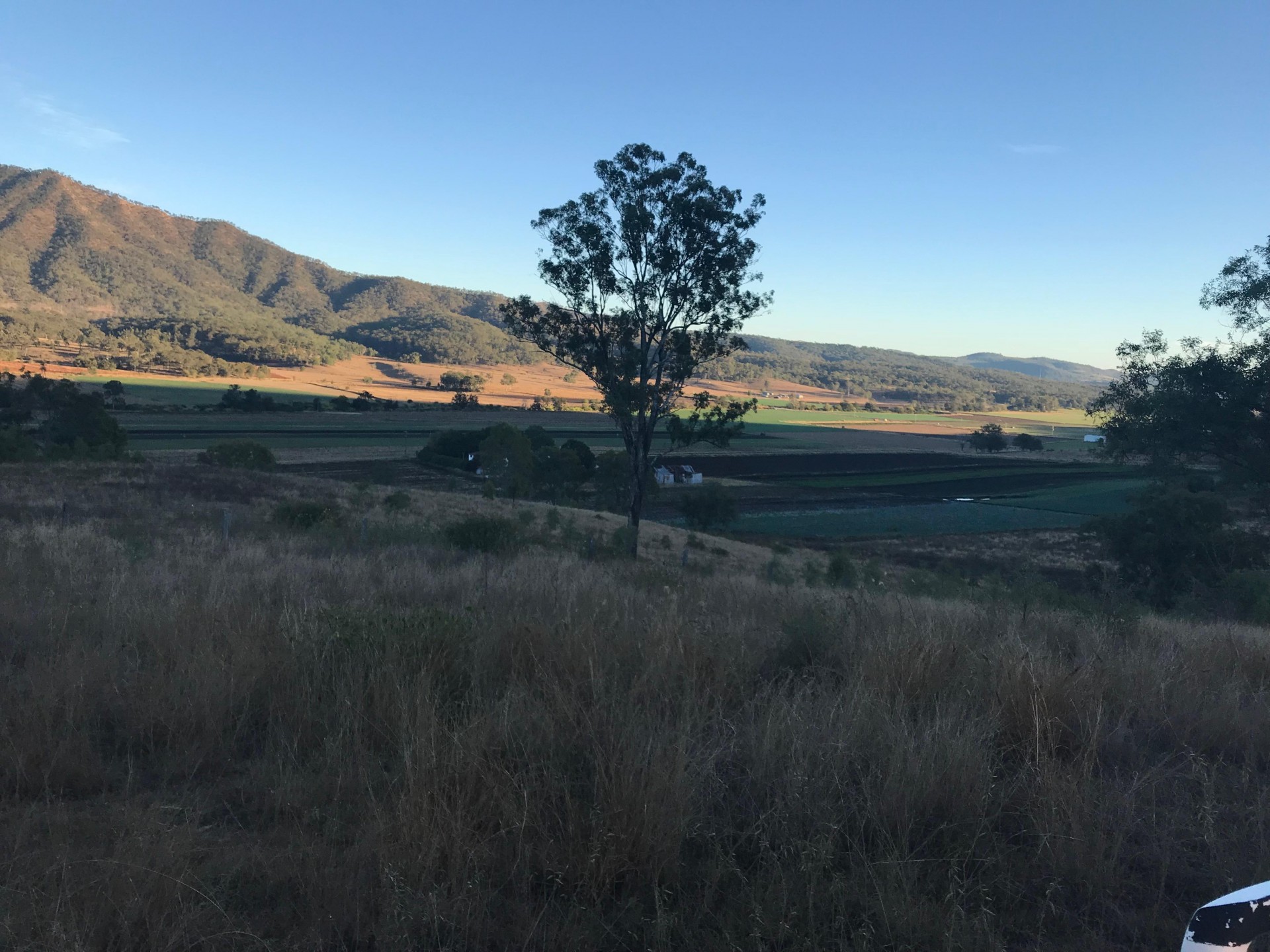 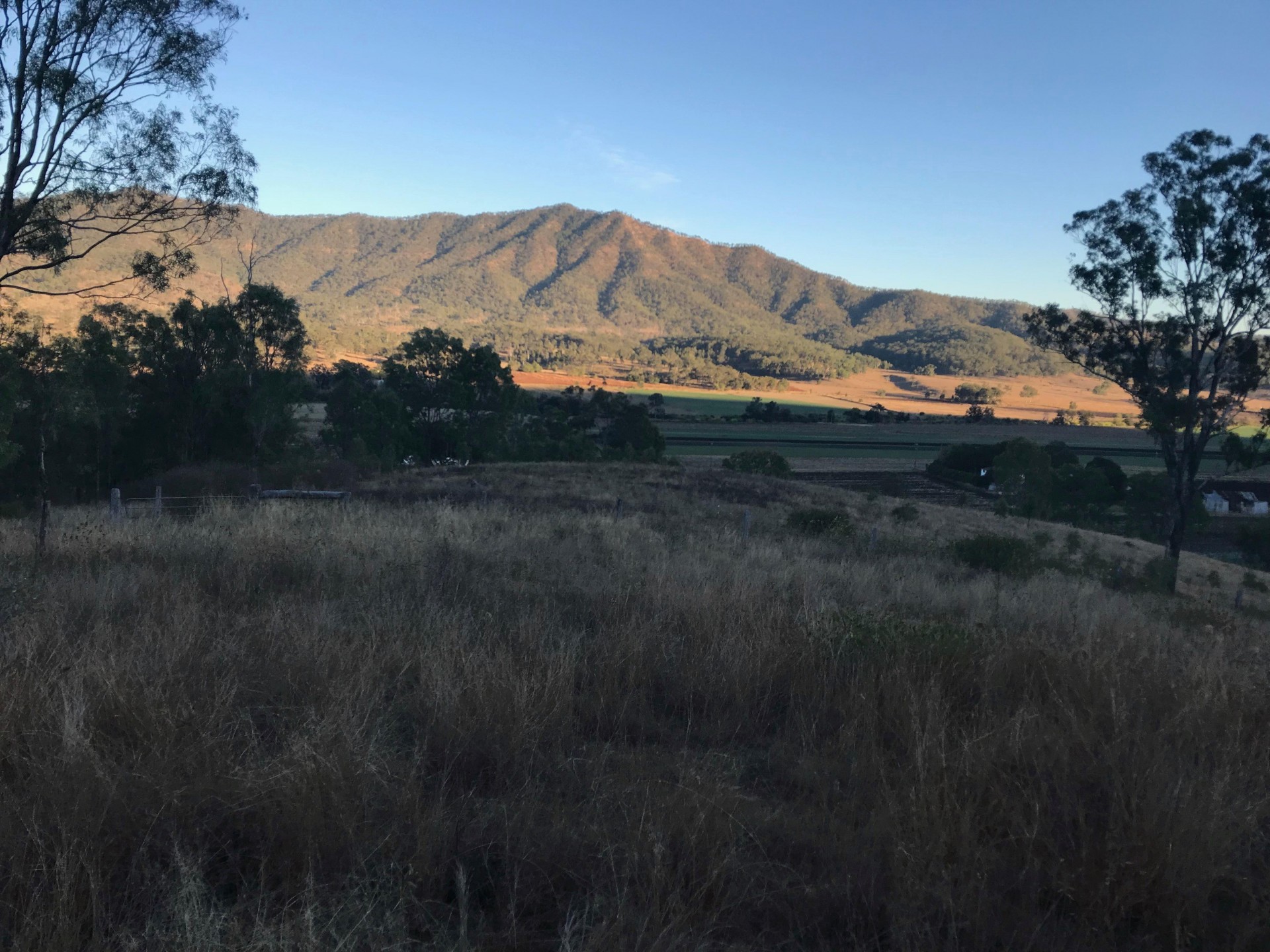 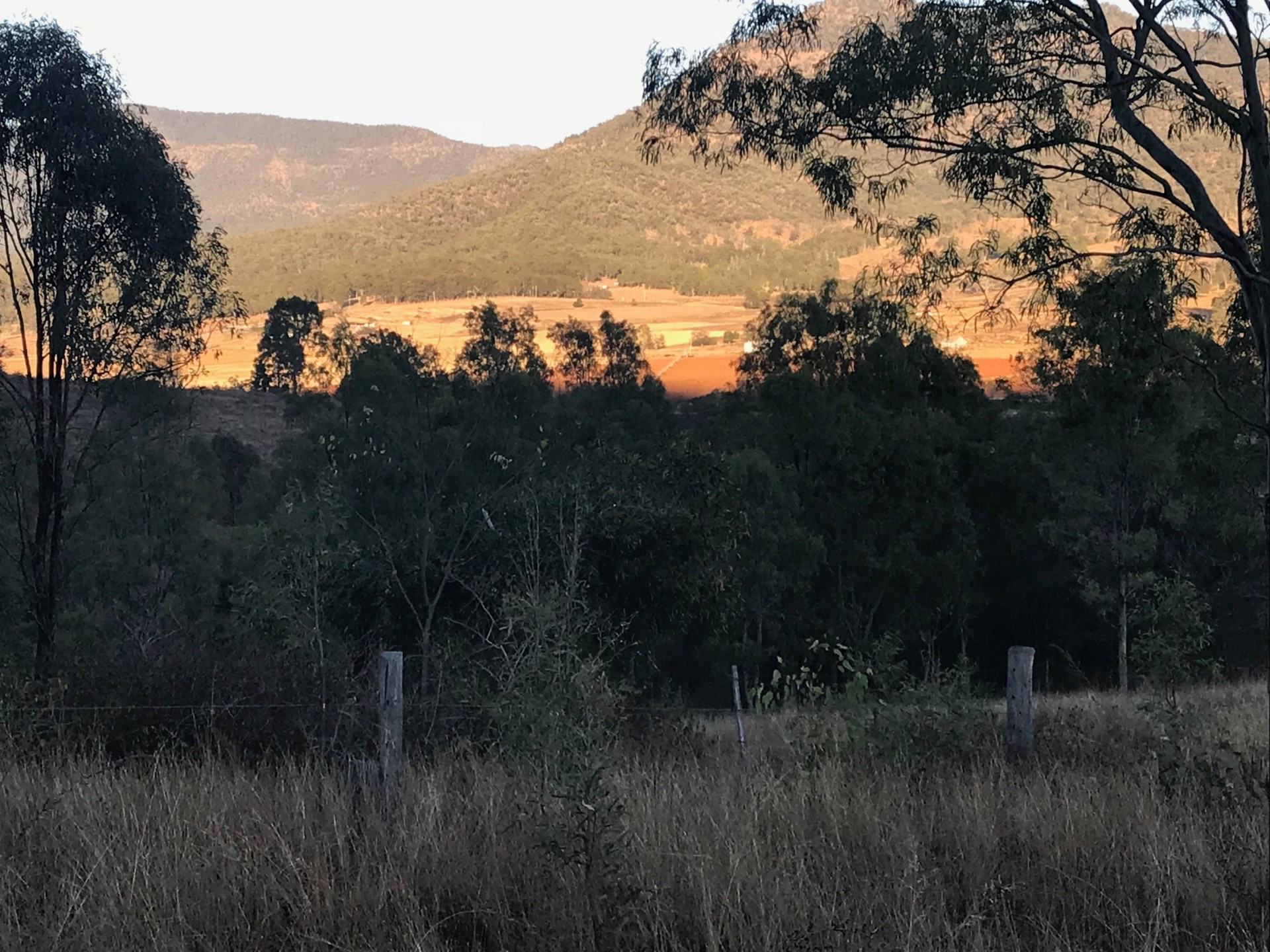 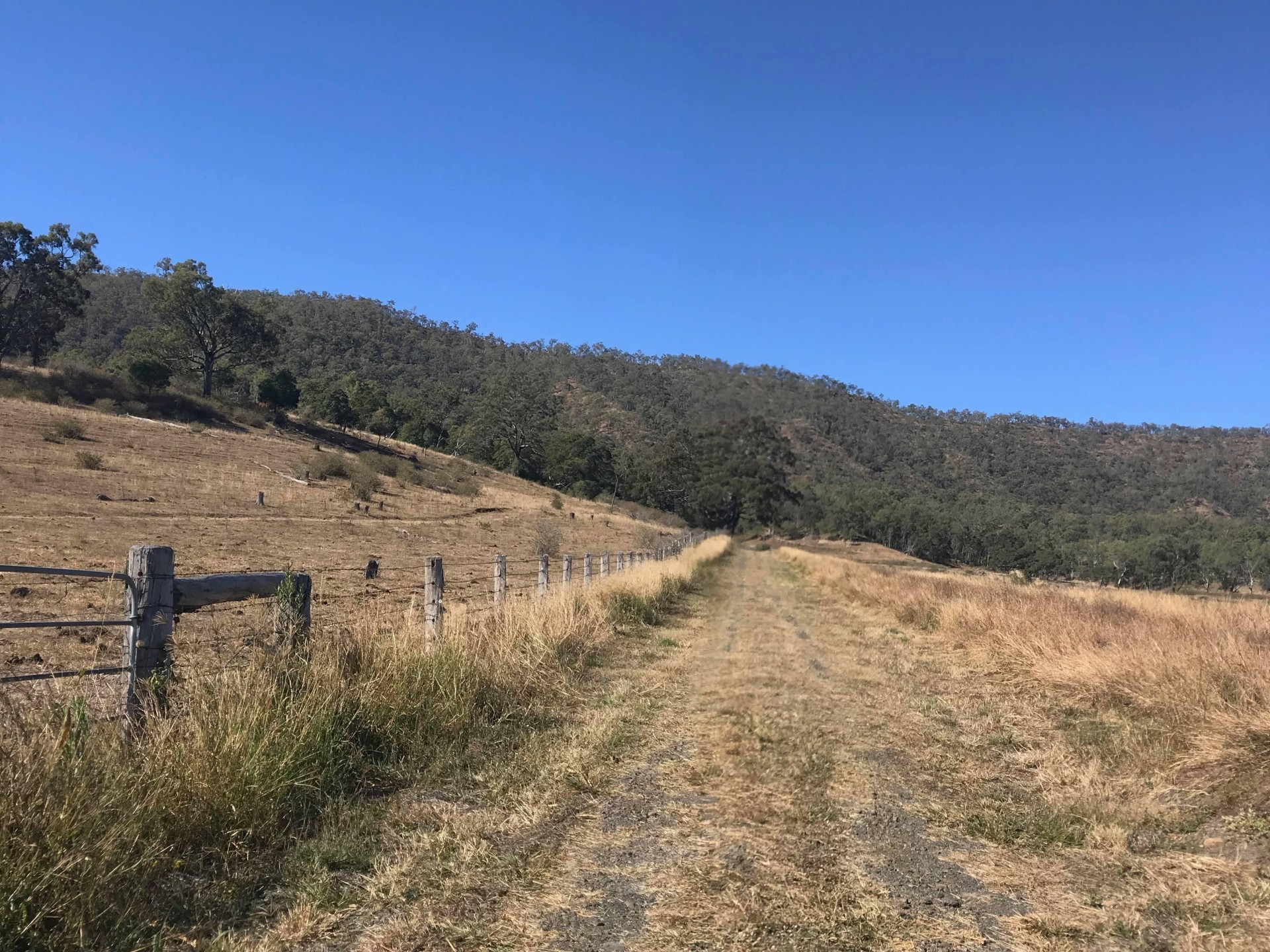 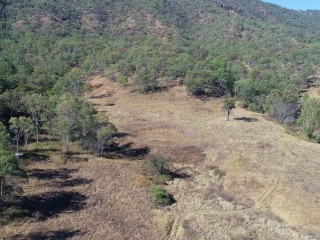 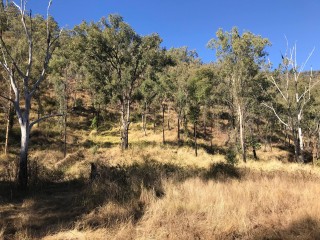 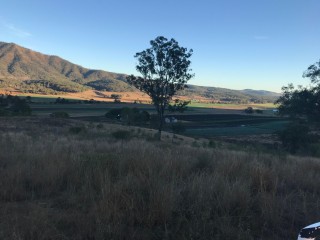 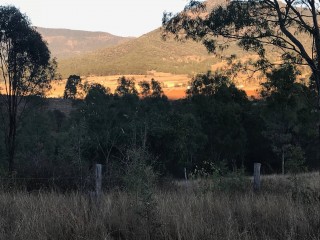 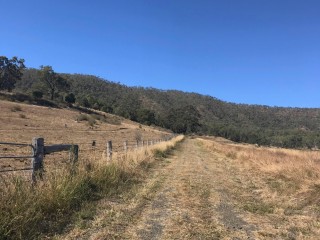 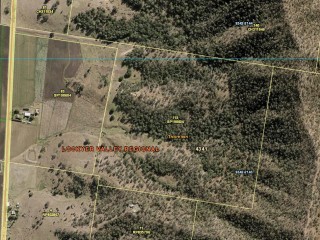 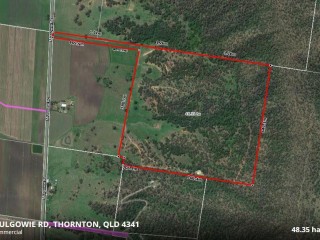 There is a fenced house area where a pad has been cut in a really nice spot with some old fig trees. There is a bore that the drilling company told us was drinking quality water. (We haven’t gotten around to equipping the bore as yet) Output of approx. 500 gallons per hour. We were going to put a solar pump on the bore. There are 2 x 3000 gallon poly tanks for the bore to pump into and situated on a hill above where the house was to go to allow gravity feed to the house at good pressure.
2 dams, 1 only new and an awesome spot that we were going to dam to create a lake to place cabins either side had we kept the block.
There is a set of steel cattle yards with race, head bale and ramp. Additionally the yards are located in a small holding paddock.
The main driveway has been cut and professionally shaped by a grader and had over 200 cubic meters of blue metal and profilings laid down to create an all-weather driveway up to the fenced house block and there are a number of piles of profilings left on site for future use.
We have had 5 plus klms of access tracks/fire breaks properly cut and cleared to allow water run-off and maintain long term use of the tracks. The tracks run the length of the fencing and also cross the property in many locations to give good access for mustering/maintenance and weed control.
The block rises up the range and plateaus in multiple locations, with amazing view and many sites to either build a house, weekender or cabins for eco-tourism/farm stays.
There is heaps of top quality and suitable narrow leaf iron bark, for harvesting for cutting round or split posts as well as numerous other native timber species. Some large enough to mill, if people are that way inclined.
Plenty of birds and native wildlife if people are that way inclined.
After we had the clearing/access tracks carried out we spread over 100Kgs of improved pasture seed in the areas that had been disturbed. Species spread, include Rhodes, Bambatsi and Green Panic along with some Buffel on the higher country.
Mulgowie valley has a good rainfall average and even in dry times the block has run and fattened 30 bullocks with ease.
The soil is excellent, even up in the higher country where it is rocky the soil is like chocolate and the panic grass grows 5 to 6 feet tall.


The block was a hidden gem as far as we were concerned and it was our intention to turn it into an eco-tourism farm stay venture and run it in conjunction with our cattle stud and our other property. Unfortunately due to an injury we have had to reassess and restructure our plans. The attached aerial photo does not give even close to a true impression of the property. It really has to be seen to appreciate how big it is, the view and what it has to offer. The block has an immense amount of potential and what we love is that it is extremely private and quiet and there is so many options for use along with plenty to explore and see
Contact Mick 0414 589 716 or Email 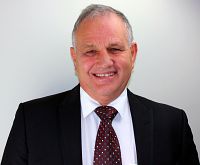